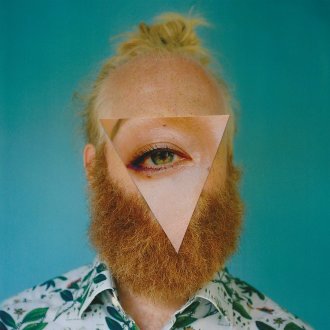 Whether it’s through their own material or someone else’s, Little Dragon have established themselves as one of the most alluring and eclectic acts of this decade. From collaborations with Gorillaz, SBTRKT, Big Boi, DJ Shadow and Kaytranada among others, to critically acclaimed full-lengths running the musical gamut from trip hop to soul to synth-pop and multiple places in between, the Swedish electronic group take influence mainly from the clubs with new EP Lover Chanting – released this time via Ninja Tune; home to Bonobo, Amon Tobin and Machinedrum. Following their somewhat downbeat 2017 effort Season High, they pull a 180 by taking things in a dancier, more exuberant direction this time around, even if the sample size is small.

The EP’s title track and lead single is a bouncy, infectious number with a disco/soul feel, with Yukimi Nagano’s uniquely exquisite voice on the verses – with some Prince-esque harmonies sprinkled in the mix as well – while drummer Erik Bodin takes centre stage on its equally sprightly hook (“Do you wanna be my girl? I wanna be, be your man”). It’s a spirited and extremely groovy single with a distinct, ‘70s/‘80s nightclub vibe, and some cleverly-written lines about dedication to your significant other (“No hurricanes nor the best cocaine will steal my love.”)

Second track “In My House” is an exercise in loungier and more experimental deep house, very in line with the Ninja Tune sound – so much so that it wouldn’t sound out of place in a Bonobo DJ set. While it doesn’t pack the title song’s melodic punch, it still serves its purpose as a wispy, percussion-driven midway point, complete with the sound of rolling waves as the track comes to a close. Things get back to a groovier feel with the third and final new track “Timothy”, with a whistle intro; a memorable hook (“Timothy play your song, ooh, to the break of dawn”); and easygoing, R&B-meets-synth-pop instrumentation serving as its backbone.

While it only consists of three new songs plus a radio edit of the title track tacked onto the end, Lover Chanting still acts as an intriguing taste of Little Dragon’s ability to focus squarely on getting listeners ready to dance rather than jump from one mood and style to the next – a direction they’d do well to expand on with a proper LP, whenever that arrives.