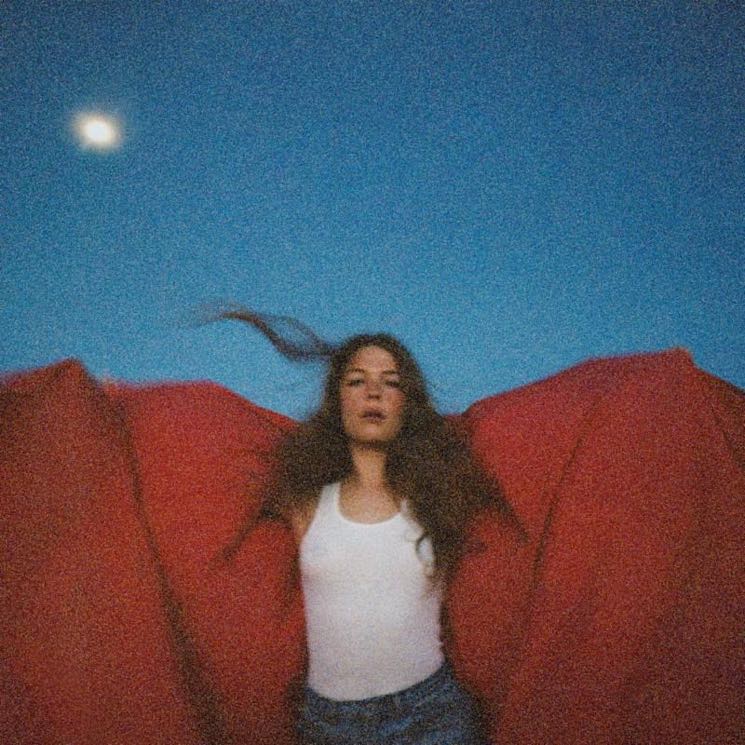 Heard It in a Past Life
Maggie Rogers
Label: Debay, Capitol
8.5/10

They say first impressions are important – you only get to make one. Although this rule doesn’t quite apply to Maggie Rogers, who independently released her first two albums The Echo and Blood Ballet in 2012 and 2014 respectively, her hotly-anticipated major label debut Heard It in a Past Life is poised to not only be the first full body of work many hear from her, but also her commercial breakthrough (though her November performance on SNL has certainly helped speed up the process). On it, the 24-year-old Maryland native wastes little time establishing herself as an artist to watch in 2019; not only giving listeners an LP dabbling confidently in pop and R&B while staying rooted in the folk music she grew up with, but also one full of moments that are infectious, inviting, poignant and self-asserting – sometimes all at once.

Having initially broken through with her 2016 single “Alaska” – one Rogers wrote in 15 minutes and went viral after playing it in front of a gobsmacked Pharrell Williams at a master class he was hosting at her alma mater, NYU – the track, as well as fellow standalone single “On + Off”, both appear on the album in slightly reworked forms, though their inclusion feels somewhat pointless given the time of their release. They hardly disrupt the rest of the LP’s flow, however: peppy album opener “Give a Little” is reminiscent of Rogers’ former tourmates Haim in melody, structure and use of harmonies, though with a noticeably more modern pop sheen. Ensuing tracks “Overnight” and “The Knife” swing and sway with a hip-hop backbone to them; the latter’s use of wind chimes, looped samples and bass slaps particularly showcasing Rogers’ adeptness at style-hopping.

Lyrically, the album largely focuses on themes of love (“If you’re giving up, would you tell me?/I’m gonna keep this love if you let me,” from “Burning”), relationship issues, togetherness, vulnerability (“Oh I could feel the darkness wrapping all its arms in mine/Oh I could feel the world was turning all inside my mind”, from “Past Life”), and the hardships of adjusting to life in the public eye (“Crying in the bathroom, had to figure it out/With everyone around me saying ‘you must be so happy now,’” from “Light On”). Rogers writes and expresses herself honestly, unreservedly, and fully aware of not only where she’s at emotionally and professionally, but where she still has to go – and the motions she goes through along the way.

Single “Light On”, which has begun 2019 at the top of Billboard’s Adult Alternative Songs chart, is warm, intoxicating and jubilant-sounding despite its lyrics detailing feelings of overwhelming anxiety – not to mention fitting like a glove for pop, alternative and adult contemporary radio formats. “Fallingwater” – her collaboration with ex-Vampire Weekend man Rostam Batmanglij – not only emphasizes Rogers’ higher register in ways you’d expect to hear from Florence Welch, but acts as a thoughtful meditation on dealing with significant life changes (a particularly resonant topic given her rapid rise to fame), and the rollercoaster of emotions inevitably following it. “Past Life” is the album’s sombre midway point, with the piano ballad acting in stark contrast to the rest of the project musically, but also serving as an emotionally arresting – and much-needed – palette cleanser. The sonically vibrant “Retrograde” is another standout, with a shimmering guitar riff and an emphatic chorus making the track burst with colour, right before closing the album with the jubilant “Burning” and anthemic ‘80s-inspired ballad “Back in My Body”. Channelling bits and pieces of Fleetwood Mac, Scandinavian electro-pop (Robyn, Sigrid), R&B (Jessie Ware, Charlotte Day Wilson, Jorja Smith – particularly on “Say It” and “The Knife”), folk and indie pop, Rogers makes a convincing argument for mainstream success with an album that could spawn any number of bankable singles, while also not feeling like a jumbled and disorganized collection of them.

If criticisms are to be levelled here, they’re that the song structures here don’t waver much from that of your standard pop song, and the project generally doesn’t cover a great deal of ground experimentally (though that’s probably best saved for future releases). Regardless, Rogers is a genuine talent with a delicate yet dynamic voice, and a knack for emotionally resonant songwriting, and the potential she’s shown since “Alaska” surfaced in 2016 manifests itself nicely onto this LP. While themes of self-discovery, anxiety and insecurity permeate the album, Heard It in a Past Life nonetheless stands as a powerful mission statement, marrying influences from the dance music she embraced while in Europe during a gap year and the folk music of her upbringing with finesse and conviction. Festival darling status beckons.